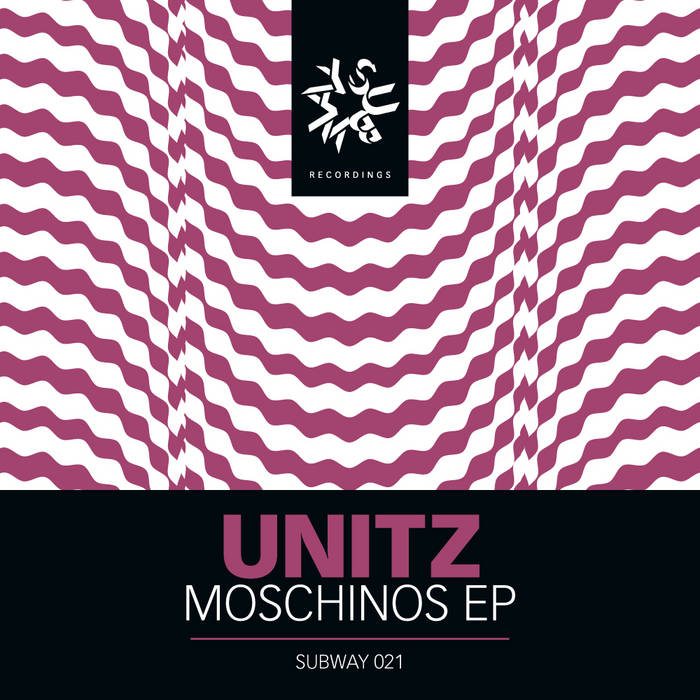 Unitz has been on the scene quite a while now.. The experienced heads can remember his outtings on Dub Police & Circus from a while back.. But Subway has racked up an amazing EP from this Epsom based producer entitled Moschinos.
Starting off with Moschinos.. A daring house infueled dancefloor slammer that has been going rampent in sets at the moment. Unitz shows he knows how to get a party going and Moschinos shows that 100%. With Space Drive Unitz shows he hasnt lost the Dubstep vibe in any way. When this one builds up you know its time to skank out from left to right. The tearing basslines and chest pounding sub will test any system itll come across. And talking about testing systems & skanking out.. Back 2 07 brings the DUB back into Dubstep.. Inspired by the 2007 era of dubstep this Dub drivin steamroller will get you drawing for your spliffs like back in the day.
Last but certainly not least is Crystal Clear on a heavy jungle rave tip. Piano keys & rolling breaks are order of the day when it comes to this track. Oldskool crew GET READY!

Bandcamp Daily  your guide to the world of Bandcamp

Featured sounds by K.Spark and WIZDUMB, plus Basi joins the show to discuss his latest release.